In a floatation tank, you are deprived of all external environmental stimuli – you are completely isolated from sound, sight, smell and touch. You lie in a large soundless, lightless egg-shaped pod filled with around 10 inches of water and 850lbs of Epsom salts (magnesium sulphate), which causes you to float without effort or discomfort, creating a sense of weightlessness as your body feels free from gravity. The water is heated to the same temperature as your skin, so you lose where the body ends and the water begins.

The floatation tank was originally invented in the 1950s by John C Lilly, a neuroscientist who liked to experiment with states of consciousness. However, he did not conduct any scientific research and mainly wrote about his experiences of taking hallucinogens whilst in the tank.

In the 1970s, commercial float tanks were created and were starting to be studied for health benefits.

Today, commercial floatation tanks are gaining in popularity and many float centres and spas offering float therapy are popping up across the country. This is in part due to an increase in scientific evidence to the psychological and physiological benefits of floating.

What to Expect During a Float Session

During your floatation session, you will remove all clothing or change into your swim gear then shower to ensure you are clean before entering the pod. You will then enter the pod, close the lid, and press a button to turn off the light. Some pods allow you to adjust the height of the roof if you feel claustrophobic. Once in the pod, try to find a way to lie comfortably – this can take some getting used to. Music may play for the first couple of minutes to help you relax and then will fade out to complete silence. You will then float for an hour before getting out and getting dressed.

Whilst in the floatation tank, all external stimuli is eliminated. You can’t see anything or feel anything. You feel weightless and free from the strains of gravity. Everything is silent, still, and peaceful in the darkness. You have shut off the world. You’ve lost all sense of time. You feel calm as you start to enter a liminal, half-sleep state. Your heart rate slows and your conscious mind switches off. Your brain reaches its Alpha State – you are lucid, not thinking. You then reach the Theta State, a deep state of relaxation reached just before drifting to sleep or waking up. Your overactive mind slows down and your racing, stressful, anxious thoughts dissipate.

How Floatation Can Help Ease Anxiety

There are many studies that demonstrate how floatation can help with anxiety.

Feinstein is a clinical neuropsychologist studying the impact of floatation on anxiety with the Float Clinic and Research Center at the Laureate Institute for Brain Research in Tulsa, Oklahoma. In Feinstein’s study, he scanned the brains of healthy people using an MRI. He then split the subjects into two groups – half spent 90 minutes floating and half spent 90 minutes relaxing in a reclining chair in a dark room. After the third session, he scanned all the subject’s brains again and compared the images. He found that floaters had lower anxiety and greater serenity as opposed to those in the chair.

In 2018, Feinstein conducted a study on the impact of floating for patients suffering from anxiety and depression. 50 patients with anxiety-related disorders underwent a 1-hour session in a float tank. He found that floating can significantly provide short-term relief from stress and anxiety symptoms across a range of conditions including Post-Traumatic Stress Disorder (PTSD), Panic Disorder, Agoraphobia, Social Anxiety Disorder, and Generalized Anxiety Disorder. Floating also enhanced mental wellness and serenity.

A 2006 study published in the International Journal of Stress Management aimed to investigate the long-term effects of the flotation-REST 4 months after treatment. Patients with stress-related pain underwent 12 float sessions and found that floating reduced pain, stress, anxiety, and depression and improved sleep and optimism. These positive effects were maintained 4 months after treatment.

A 2016 study by Kjellgren and Jonsson from the Department of Psychology at Karlstad University in Sweden assessed floatation as a treatment for generalised anxiety disorder (GAD). 46 people took part, with 24 in treatment and 22 as control. Undergoing 12 sessions over a 4 month period, the study found that floatation reduced symptoms of GAD including depression, insomnia, and fatigue and 37% reached full remission from GAD symptoms post-treatment.

A 2014 study by Kjellgren investigated the beneficial effects of sensory isolation and floatation tank treatment as a preventive healthcare intervention. Healthy volunteers took part in 12 float sessions over 7 weeks. The study found that stress, depression, anxiety, and pain decreased and optimism and sleep quality increased.

These studies demonstrate the positive impact floatation can have on treating anxiety and how REST helps reduce the body’s stress response. More research is needed, particularly into long-term effects, but floatation could play a major role in helping soothe anxiety in the future. Try out a floatation tank today to see if it helps calm your anxiety – many feel more stress-free from just one session.

This sponsored post was written by i-sopod, a revolutionary float pod manufacturer and market-leading supplier to float centres in the UK, USA, Europe and Australia .

3 thoughts on “How Floatation Tanks can help those with Anxiety: Sponsored by I-Sopod” 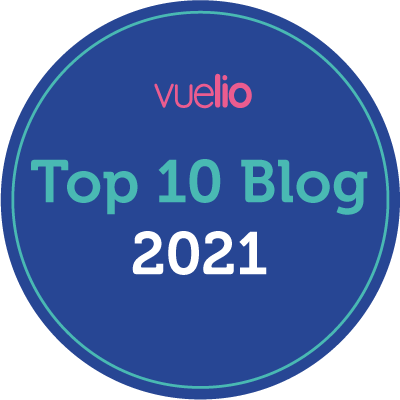