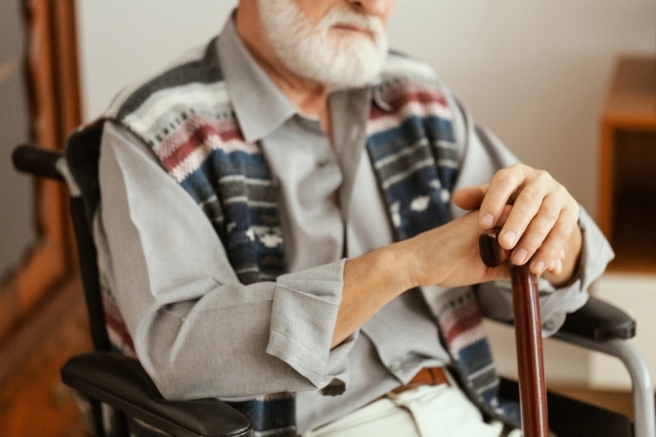 The onset of Alzheimer’s symptoms in a loved one can bring one of the most challenging times of your life to you, as well as the one you love. How you handle this period will set the precedence for how your relationship with each other will continue as the symptoms get worse over time. Don’t let their diagnosis mean the end of your relationship. Find ways of helping along the way so you can draw closer to each other instead.

These are proteins found in the brain that force other proteins to fold or bend abnormally. When this happens, this equates to varying degrees of brain damage, since the brain can no longer function as it once did. The higher the number of prions in the brain, the worse the damage to the brain is.

To measure the presence of prions in the brain, one of two kinds of tests can be conducted. The first is the B-Panel test. This is for patients who don’t show any signs of developing Alzheimer’s but are at risk of developing it. Those at risk include people with a family history of Alzheimer’s and those who have had multiple head injuries, among other risk factors.

C-Panel tests are for those individuals who already exhibit the symptoms of Alzheimer’s. This is the test that provides the most accurate readings of the levels of prions present in the brain, and it’s the most trusted diagnostic tool for Alzheimer’s.

Educate Yourself About Alzheimer’s Symptoms

One of the best things you can do for your loved one is to learn about the signs and symptoms of Alzheimer’s that are not so commonly known. For instance, hiding other’s things or being suspicious of others hiding their things is a symptom most people are not aware of until it happens and causes a great deal of strain to the relationship. They may also imagine things that are not there and insist they are, no matter how much you might try to convince them otherwise.

They may become violent when frustrated as well. This frustration is caused by their realisation that they are not in control of their minds and bodies the way they once were. They need your support and companionship now more than ever.

People with Alzheimer’s tend to be upset very easily, and this can range from mild to extreme depending on the individual and situation. For example, loud noises from the television or radio might upset them. You want to create an atmosphere of support and comfort around them to keep them from experiencing sadness, depression, and anxiety that overwhelms them. Having a daily routine can be crucial for those with Alzheimer’s. If you live with them, you should encourage this and support it. When there is a set routine, they are less likely to feel confused and helpless.

Do and say things to let them know that you are close by and are there to support them during this time. Never argue with them or try to convince them of anything they don’t want to believe. Remember that you are no longer dealing with a rational person at all times.

Remember this in your daily interactions with them. Only ask them one question at a time, and wait until they answer successfully before saying anything else. Don’t be afraid to use humor if you think they will respond positively. You can also use music, singing and dancing to improve their mood or distract them from themselves.

Above all, try not to let your anger or frustration show. The closer you were to them before the onset of Alzheimer’s, the more upsetting this will be to them. Instead of getting frustrated, walk away from them for a while and take some deep breaths before engaging again. Never forget that you might need this kind of help and companionship yourself one day.

One thought on “Alzheimers: How to help a loved one after their diagnosis: Guest blog by Hannah Boothe”