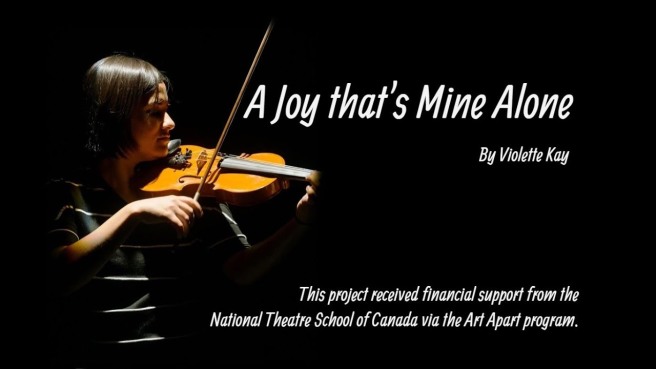 When I was little I wanted to become a violinist when I grew up. And I could have done it, I was actually really good, but unfortunately mental illness robbed me of that dream. I had my first bipolar episodes right when I started studying music in college, failed a bunch of classes, wronged a bunch of people, and watched my music career crash and burn before it had even begun.
It’s been almost a decade now, and I have a whole new life in which I’m stable and happy, yet I still can’t help but wonder if I could have done it. If I wasn’t bipolar, would I be a professional musician? This question haunts me, it follows me wherever I go, and no matter how far I run it always brings me back. A few years ago I bought a music school in a hypomania-fueled delusion that it would bring me closer to my childhood dream. It did not.
I’ve also written a play about violin teachers and nostalgia/regret, it was very therapeutic, but it didn’t fully heal the wound of my failed music career. Perhaps nothing ever will.
The first thing they teach you in Dialectical Behavioural Therapy is called the “Wise Mind”. It’s supposed to be this balance between your reasonable mind and your emotional mind, and that’s the place you want to be making decisions from. You want to consider both the facts and your emotions, and not ignore one or the other. For example, let’s say you have coworker who is making you angry, and you want to yell at them, throw things and storm out, that’s just what your emotional mind wants. So if you bring in a bit of reason and use your wise mind, you can probably come up with a better solution.
When I was learning this in DBT group I noticed that all the examples we were given involved using the Wise Mind to avoid acting on our emotional mind, so I asked the instructors if they could give me a situation where it’s the other way around, an example where your reasonable mind is what’s leading you astray. They gave some roundabout unclear speech about… something, I don’t remember. Basically they didn’t have an answer for me.
Well, it’s been over a year now and I think I finally found one: I should quit music. I should completely cut it out of my life, sell my violin, recycle all my sheet music, unfollow/unfriend everyone I met through music, and stop self-identifying as a musician. Music has caused me so much pain, and landed me in some impossible situations. So logically, if I want to stop feeling that pain I should just quit, right?
That’s my reasonable mind talking. But if I did quit music I would be ignoring my emotional mind, who likes music and has a lot of very meaningful music-related memories both good and bad, memories I wouldn’t want to lose.
So what’s the middle ground? I still play sometimes. I’ve gone busking during periods of unemployment. I record backing tracks for my singer friends. I take on background music gigs sometimes. And I bring music into my theatre and writing practice all the time.
I’m still shocked every time I get paid to play music, and though I do on occasion mourn the violinist I could have been, I’m also incredibly grateful that I still get to live out my childhood dream in small ways. It’s not what I wanted, but it’s still a good life.
My latest project is a film inspired by my experience of having bipolar disorder and buying a music school, and a first for me: a project born entirely out of self-love, rather than pain. I am so grateful I got the opportunity to make it and to share it with others.
I’ll always have bipolar disorder, it will always be a part of me, but it’s just one part. And I’ll always be a musician. That’s also just one part of me. Maybe they’re the same part. 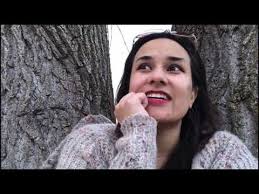 This guest blog was written by film maker and musician Violette Kay. Her film the Joy thats Mine Alone about life with art and bipolar disorder, can be viewed at :

One thought on “On DBT, Art and Healing: A Joy That’s Mine Alone: Guest post by Violette Kay”