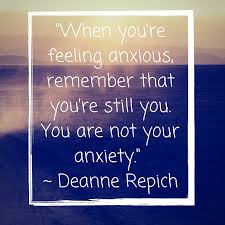 You might feel like a worrier—someone who is unable to let the little things slide, who becomes agitated by small shifts in your schedule, who is kept up at night at the thought of something you said earlier in the day. We all feel worry now and then, but there are people who have an inclination to feel concern and apprehension more than others. If you’re someone who often finds yourself feeling uneasy, fearful, stressed-out, and tense, you might have Generalized Anxiety Disorder (GAD).

Worrying over the Small Things

Are the most basic daily tasks—brushing your teeth, taking out the garbage, commuting to work—stressing you out on a regular basis? Do you find that your usual routine is becoming burdensome, making you feel short of breath and unable to focus elsewhere? If so, it’s likely that you’re undergoing some form of GAD. This is a common symptom of GAD, in that people will become overwhelmed by activities that once were normal, leading them to feel stressed and burdened in the face of small tasks.

Whether it’s due to obsessive cyclical thinking or worrying about things that might have happened earlier in the day, there are many people who are kept awake, either unable to sleep at all or regularly disturbed from their sleep during the night. Insomnia can be brought on by various factors, either by an inability to quell your mind prior to going to sleep or increased cortisol levels, which will leave your body in its “fight or flight” mode even at night.

Often as a result of insomnia or poor sleep, daily fatigue can be another symptom found in people with GAD. Without enough rest in the evening, the body and mind will feel sluggish during the day, leaving you exhausted and unable to focus.

Other factors can lead to such fatigue, but they might be wrapped up in other factors of anxiety, whether you are using stimulants such as coffee or alcohol to mentally balance yourself during the day or you are stress-eating unhealthy food as a reaction to increases in overall anxiety.

GAD manifests itself in many different symptoms, and some of the most common ones are physical. A common side effect people have when struggling with GAD is stomach distress, including indigestion, constipation, diarrhea, ulcers, and more. Anxiety itself can lead to stomach issues, but, as said above, other lifestyle decisions made while struggling with anxiety can further exacerbate digestion issues, including poor diet, increased alcohol consumption, poor sleep, etc.

A common side effect found in people dealing with GAD is the inability to focus during the day. Laboured by concerns, fears, and fatigue, those with GAD will sometimes find it difficult to completely focus on a task without being derailed by some other worrying quality or event.

Quick to become aggravated by general unease and things not going your way? Do you feel ill when attempting to talk in public or in under-populated social scenarios? Are shifts in your daily routine cause for unease and panic? These can all be signs of GAD, as the mind becomes easily perturbed by occurrences and situations it might not expect or want. It’s a struggle to deal with such responses, and it can be difficult to break yourself out of such negative cyclical thinking under such circumstances, but you should do your best to be aware of when such thinking crops up.

One side effect of anxiety often not discussed is that of physical pain. Whether it’s muscle tension, tension headaches, hand tremors, chest tightness, or feeling as if you’re unable to breathe, anxiety can lead to detrimental physical responses that might be cause for concern.

Along with other physical effects that anxiety can bring about, one of the more common ones is an effect on hair. GAD can lead to hair becoming thin, brittle, and falling out, both on the head and around the body. For some people already struggling with genetic hair loss, anxiety can lead to hair loss and thinning becoming increasingly worse. Thankfully, there are treatment methods available to facilitate hair regrowth, so you shouldn’t be too worried if you notice the first signs of thinning.

You’re likely to know a panic attack if you’ve ever experienced one. Brought about by an intense feeling of fear, unease, and physical symptoms, panic attacks can be a debilitating response to extreme anxiety. The level of response will depend on the person and the level of anxiety, but they are serious reactions to the feeling of a perceived threat. Please reach for medical support from a doctor, if you need it.

If you are regularly feeling down on yourself, feeling as if you cannot meet the standards of perfection or do not match the image you have of yourself, you might be struggling with anxiety. GAD can often leave people obsessed with a self-described definition of who they should be, and anything beneath that can be a never-ending cause of compounding insecurity. If you feel as if you don’t look good enough, aren’t performing as well as you should, or are unsure of your general abilities at work, school, or elsewhere, these underlying feelings might be brought on by anxiety.

While some of these signs can be symptoms of generalized anxiety disorder, it is important to remember that we shouldn’t self-diagnose ourselves with general mood disorders. If you’re concerned that you might have GAD, you should meet and discuss these symptoms with your primary care physician (in the UK, GP) or a therapist—someone who can provide you with a diagnosis and thus help you alleviate said symptoms for the betterment of your mental health.

This unsponsored guest blog was written by Capillus at www.capillus.com , a hair loss treatment brand with medical expertise.

One thought on “10 Signs that you may have an Anxiety Disorder: Guest post by Capillus” 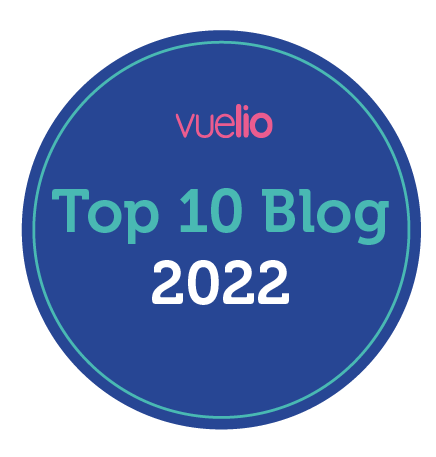