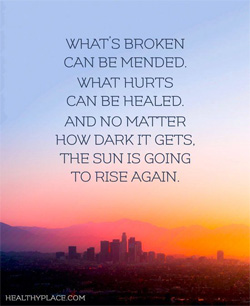 Hi there, I’m Lydia a 20-year-old youtuber and film maker, I’ve been battling my mental health conditions for a little over five years. This article is about C-PTSD (Complex Post Traumatic Stress Disorder) and how I’ve found recovery, but first, what is C-PTSD?

C-PTSD, is a type of post-traumatic stress disorder that stems from repetitive exposure to a traumatic experience, it is also commonly diagnosed alongside BPD (borderline personality disorder), I was diagnosed with C-PTSD around 3 years ago after witnessing a suicide and multiple suicide attempts, without going into too much detail it was really hard, and has taken me until this year (2018) to even begin to process what happened.

So, let’s talk about recovery, there a massive misconception that it isn’t possible to recover from any type of PTSD, however it totally is possible to  find recovery. My recovery really got started this year when I made the decision to privately access EMDR (Eye Movement Desensitization and Reprocessing) which was without question the most beneficial type of therapy I’ve tried.

Following this there was a major incident in which my mental stability declined rapidly I was subsequently detained in a psychiatric hospital for a little under a month, following my release, I decided to take control of my mental health and help myself.

The first thing I did to help myself was cut off from everybody negative, which I realised I had to do, because I really was at a point where I could have reached crisis point if things didn’t change. I moved from one end of the country to the other, I blocked everybody’s number, Facebook and Twitter, it was a drastic move but so important and to anybody who struggling with their mental health I’d wholeheartedly recommend doing this, just cut yourself off from everybody negative, you don’t have to justify it, your health and welfare should be the most important thing in your life.

The next thing I did was go to my GP and re-start my medication. Sometimes you just need an extra push, psychiatric medication can’t change your life circumstances, but it can help you heal. This was a pretty big decision but it was one I needed to make.

The final thing I did was to take a break and find a hobby.  I went on holiday with my family, I started creating more positive content on YouTube while also documenting my recovery which has been one of the most helpful things I’ve done/ This is because I’m a part of a really supportive community on YouTube, and just reading comments like “you gave me hope” means so much.

The big move I made this year was to write and release my own book on the journey I’ve been on, and I wouldn’t change it because it’s made me who I am today.

After a few years of complete hell, I’ve turned my life around and I’m certainly in a much more positive place, things change and life changes for the better. My overall message for you all would be to never lose hope, just hold on because if you put in the time and work things will change, however don’t expect people to change things for you. Hold on and find recovery.

Lydia is a youtuber and film maker, talking about her mental health. You can see her channels here:

2 thoughts on “On Complex PTSD and my recovery: Guest post by Lydia for World Mental Health Day”